Pearls of Entrepreneurship from Swami Vivekananda’s Life – by Naveen Lakkur 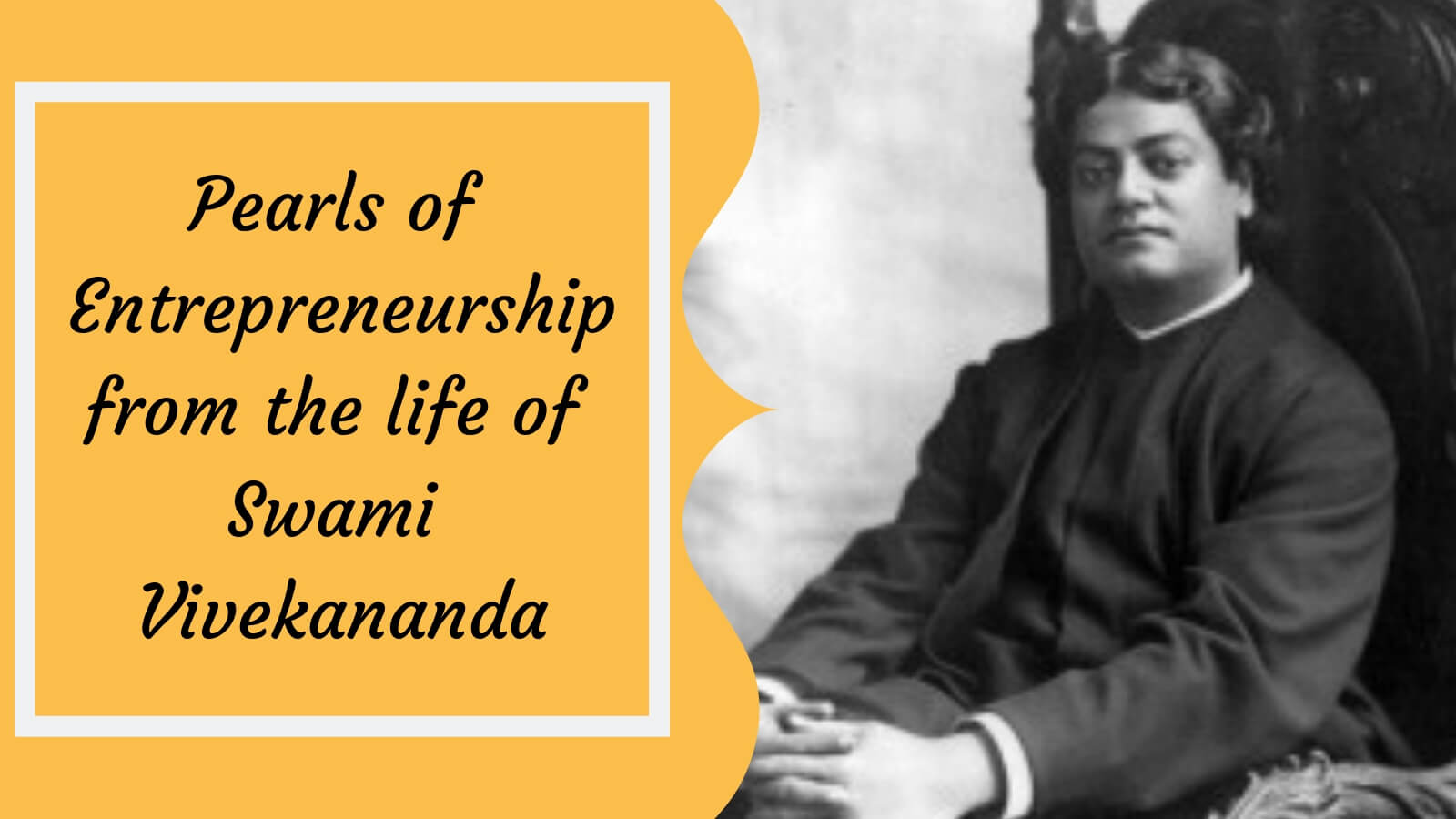 Among all else, Vivekananda was against fanaticism of all kinds and campaigned world over against it. Wherever he traveled, people came to listen. The defining moment of his life came on September 11, 1893 at Chicago. Speaking at the first Parliament of World’s Religions, part of the World Fair, he stood on stage and began, “Brothers and Sisters of America”, and then went on to give a fiery speech. That day a star was born.

The world was entering the 20th century. Technological advancements gave the world access to modern machines of industry and war which they used with alacrity. It was at this time of uncertainty that a orange robed monk from India called Swami Vivekananda came. He preached about love with love. A magnificent philosopher and scholar, he brought to the world a message of unity, peace, happiness, and hope along with spirituality.

What’s more was that Vivekananda was a passionate disruptor, with thoughts way ahead of time. His teachings pervade time and are relevant even more than hundred years after he left this mortal world. He inspired people about being in search of knowledge, righteousness, and the art of giving. He still inspires dreamers and leaders of all kinds.

Of course, his life is an example to millions of youth worldwide, but people from all walks of life have taken lessons from his life and his teachings. According to Naveen Lakkur, there are three important lessons that entrepreneurs can learn from the life of Swami Vivekananda.

Swami Vivekananda took a boat and traveled to England and America to take his message of peace. Not just that, he taught us to find new opportunities, venture into new waters, find new shores. He taught us to find new shores first before worrying about success. At first, he did not know if his messages would be accepted. However, he developed his risk appetite and he was confident of his product.

The only way he thought he could find that out was to travel there and meet people in the thousands. As entrepreneurs we must have the appetite to take our products to new shores without worrying about the popular appeal. The swami taught us to go global with local things.

The Indian practice of Yoga became global in the last 100 years because someone took this ‘product’ and introduced it to the world.

Swami Vivekananda knew how to connect with people with his message of love. With so much hatred and bigotry in the world at that time, he spoke to people about love with love and care. It was a language that people were able to instantly connect with.

Similarly, entrepreneurs must connect with their audience with love. Entrepreneurs can sell their products only if they love it themselves and they must care about how it will help their patrons. Maybe this has been an inspiration to Steve Jobs when he said at the launch of the original iPod “This amazing device holds 1000 songs that goes into my pocket”.

That’s it, he instantly connected with the audience and rest is history. Steve Jobs, one of the greatest innovator and an entrepreneur world got to see in the recent times.

Swami Vivekananda was able to package a complex thing like spirituality and present it in a simple way. People fell in love with spiritualism. The power of communicating value proposition of something complex in a simple way that customer understands is what we can learn from the great Swami.

This philosophy was applied very well by the entrepreneurial venture, ‘Google’. It was not easy for the team to make Google User Interface with only 3 elements on the screen, a text bar to enter the search string; a click button to initiate search and a label to indicate it’s Google.

‘Keeping it simple’ to develop User Interface is just not a design innovation by Google, it’s a case study now. The same philosophy still persists as a culture in the company which has got them to be ranked at the #1 position in the most Valuable Brands in the World this year.

If we are willing to dive deeper, you are assured of many more pearls of precious entrepreneurship lessons from the life of Swami Vivekananda.