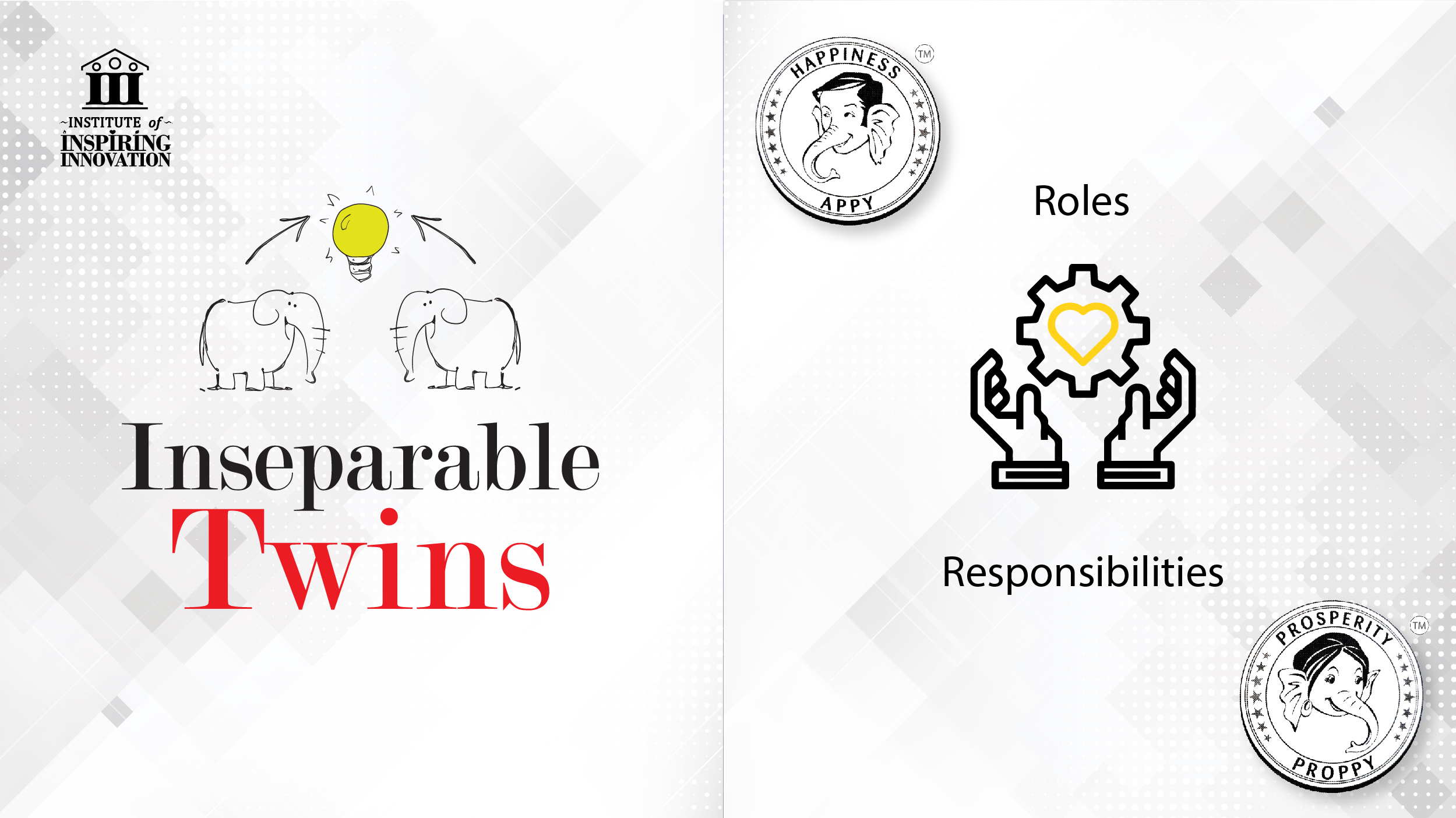 “If only Lucky came a little earlier. I am so hungry that I could eat you right now,” said Appy to his sister Proppy.

“Wait, dear. Lucky will be here on time,” said Proppy laughing at her brother’s appetite.

Appy was hoping for Lucky to arrive a little earlier so that they could go to the restaurant and start dinner earlier than planned. Fortunately for them, Lucky arrived on time.

Appy, who was almost on the verge of losing his battle with his hunger, was overjoyed and greeted Lucky excitedly. Lucky smiled and hugged the happy twins, and they started walking towards the new restaurant.

The green world had turned golden red with the sunset to their back. The friends walked through the fading light on the banks of a beautiful river that flowed to their right.

It was just the perfect setting for a walk!

They talked about their day, cracked jokes, made fun of each other, and had conversations about life’s purpose. Occasionally, someone or the other would keep silent and enjoy the beauty of nature as they walked.

They reached their destination, an outdoor restaurant, and decided to sit at the wooden seats and tables outside. Once Appy, Proppy, and Lucky settled comfortably, restaurant staff took their orders. They begin with the first set of starters. By the time they ordered the third set of starters, one of the restaurant personnel had approached their table.

“Hello, guys. How are you doing today?” she asked with a friendly, polite smile.

“We are doing pretty good. How are you?” Proppy reciprocated the smile.

“I am good. How is the food?” she inquired again.

“Oh, it is truly delicious. Thank you so much,” said Appy happily.

“We are happy to hear that. Enjoy your food. Please feel free to call me if there is anything. Good day!” she said.

As she was about to turn back, Proppy called her.

“Excuse ma’am. May I know your role in this restaurant?”

“Of course. My name is Che, and I am the manager of this restaurant,” she answered with a warm smile.

“Oh, great to know that, Che. Have a nice day”, Proppy smiled at her saying this.

As she walked back, Appy turned towards Lucky. He was upset about something.

“Isn’t she supposed to brief us about her duties and responsibilities? Instead, she just told us that she is the manager. That is not polite,” Appy said.

“No, no. The manager answered Proppy’s question. She got the answer she was looking for,” said Lucky calmly. He faced Appy and continued. “If Proppy wanted to know her duties here, she should’ve asked her to explain her responsibilities as a manager.”

“But, isn’t that the same? Role and responsibilities?” asked Appy, confused.

“Role and responsibility are different from each other. Indeed, these two are often discussed interchangeably, and it is confusing to distinguish between them. Most people may know their roles, but only a few can articulate their responsibilities,” said Proppy.

“Exactly!” said Lucky. “In her ROLE as the manager of this restaurant, Che has many RESPONSIBILITIES to take care of.”

“Meet and greet is a responsibility, Lucky?” enquired the still-confused Appy.

Lucky moved closer to Appy and continued, “As the manager, Che may be responsible for recruiting and training staff, managing budgets, planning menus, handling customer inquiries and complaints, promoting business, problem-solving, greeting and communicating with customers, assessing and improving profitability, ensure efficient restaurant operation, maintaining the quality and hygiene of the restaurant, etc. These are Che’s RESPONSIBILITIES in the ROLE of the manager of the restaurant.”

“Oh my! There is a clear difference between roles and responsibilities! And yet, I’ve always thought these two are the same,” exclaimed Appy.

“This is quite common, Appy,” said Proppy. “Most of us think these two are the same. While Prime Ministership is a ROLE, governing the affairs of the country by upholding the constitution and treating every community of the country is a RESPONSIBILITY.”

“Yes, I am getting it now,” said Appy while taking his share of food to the plate. “A role will entail certain responsibilities. People need to understand their strengths and weaknesses and assess what responsibilities they can take up before accepting a role.”

“Exactly, Appy!” Lucky clapped to that. “While the restaurant’s cook’s responsibility is to create great food, his/her role is to make sure that nothing but great food comes out of the kitchen. The role is a character a person assumes, and the responsibilities are a set of actions he/she needs to undertake and must be accountable for decisions he/she takes. The prime minister and the cook of this restaurant are judged on the ability to perform those responsibilities that include mental, ethical traits,” explained Lucky.

“Now I understand why the cashier was greeting us when we walked in as if we were his close friends who dropped by for a visit. Even though his role is of the cashier of this restaurant, he knows that there is more than just ringing up customers and it is all about setting the tone for a visit, making sure everyone who walks in feels at home”, Proppy said thoughtfully.

Appy was deeply involved in the conversation. He was nodding thoughtfully to Proppy’s comments. Meanwhile, Lucky, who was observing the siblings, served them the remaining food. He resumed the conversation from that point while ordering another set of food.

“See Appy, even in a startup, the partners and initial set of employees must discuss responsibilities for each. That will ensure the smooth sailing of the company, turning it into a well-oiled machine with many benefits. As we discussed earlier, every role is associated with certain responsibilities. It will help you perform better and keep you away from infringing on someone else’s role if you identify your roles and responsibilities”, Lucky said.

Lucky took a sip of the lime juice he had ordered and said, “Corporate governance entails hiring people and giving them roles and responsibilities, like in a startup. While everyone has a set of responsibilities, they must adhere to corporate policies. The audit committee has a responsibility to keep everyone in check and see to it that they are adhered to, and give early warnings during non-adherence.”

“We know people get fired for non-adherence. I hope they recognize those who follow the rules,” said Proppy.

“Yes, they do that too. That is where organizations can innovate,” said Lucky. “We always see in the news that the tax department arrests people who do have a mismatch in their asset records. On the contrary, I was surprised to receive a certificate for adherence to their rules. I realized that they also check on people who keep all their records in order.”

“That calls for a celebration, Lucky,” said Appy. He got up and ordered a slice of cake.

Lucky smiled and continued, “The tax department audits, verifies, probes, and analyzes risks as their responsibility. They have a strict persona attached to them. However, they can be friendly. The same goes for the police and other government departments.”

“In a corporation, the board and CXOs create policies and also must follow them,” said Appy.

“They also create roles and responsibilities, create a corporate structure, align them to strategy and tactics,” opined Proppy.

Appy jumped and declared, “Roles and responsibilities are two sides of a coin. Twins like peas and porridge.”

Lucky patted Appy on the back and continued, “I would like to tell you the story of God. In Hindu philosophy, every GOD has a role and certain responsibilities. I believe that God has three roles. Generation, Operation, and Disruption. According to Hindu philosophy, Lord Brahma is the Lord of creation.”

Lucky looked at the twins and asked, “According to you, what does it take to create?”

Lucky smiled and said, “Both of you are close. It is knowledge. Saraswati is the Goddess of Knowledge.”

“You can create new things with knowledge,” said Appy.

“No wonder Brahma and Saraswati are spouses. There is no creation without knowledge,” declared Proppy.

“Correct both of you,” said an impressed Lucky. “Similarly, Lord Vishnu is the Protector who is responsible for smooth operations. What do you need for a process or a company to run smoothly?”

“Cashflow ensures smooth operations. Lakshmi is the Goddess of Wealth. No operations run smoothly without a tangible cashflow.”

“Correct. Finally, the God of destruction, Lord Shiva, has two responsibilities. One is to destroy, and the other is to disrupt. Disruption is to eliminate something old so that it can make way for something new.”

Proppy took a bite of the cauliflower and said, “We need the power to disrupt or destroy. Goddess Parvati is the shakti.”

“Yes. A product lifecycle involves the creation, operation, and disruption,” said Lucky. That is what a product engineering team does daily. It is the same for an innovation lifecycle.”

Appy and Proppy, who was enjoying this conversation, asked Lucky if corporate governance is about assigning roles and responsibilities.

Lucky thought for a few moments and said, “Elon Musk’s Tesla is the best example I can quote. Elon was looking for a new and sustainable transport mode, with new models for customers every few years. He hired designers and operationalized the company. He faced a backlash from the auto industry, but it did not deter him.”

“How did Elon succeed?” asked Proppy.

“He hired a great team consisting of designers and marketers and created robust corporate governance. If they did not know their roles and responsibilities, they could not have created a great company that can be a model for generations to come. With a responsible team, he could pay little attention to SpaceX, another company which disrupted the business of space.”

After the twins ate the last pieces of the cake, the three friends split the bill between them and left the restaurant. While Appy and Proppy were contemplating what they learned, Lucky continued, “Having well-defined roles and responsibilities is important to succeed in any industry. Though Tesla employees were from the tech background, the company disrupted and shook the automobile industry. Their cars have a futuristic design and phenomenal power.”

“While Tesla was disrupting the US and the European markets, NIO was doing the same in China. The Indian government is making changes in its policy to allow the advent of vehicles running on sustainable energy.”

“Like the gods in the Hindu philosophy, even the people at successful companies have roles and responsibilities,” said Appy.

They got to Lucky’s car. He faced the twins and said with hands folded, “I hope you learned something. Thanks for inviting me. I had a great meal.”

“We will keep meeting, I am sure,” said Proppy.

Lucky got into his car, said goodbye to his friends, and drove while Appy and Proppy waved goodbye. On their way back to the lumber yard, the twins discussed and planned the importance of corporate governance if they ever set up a startup.