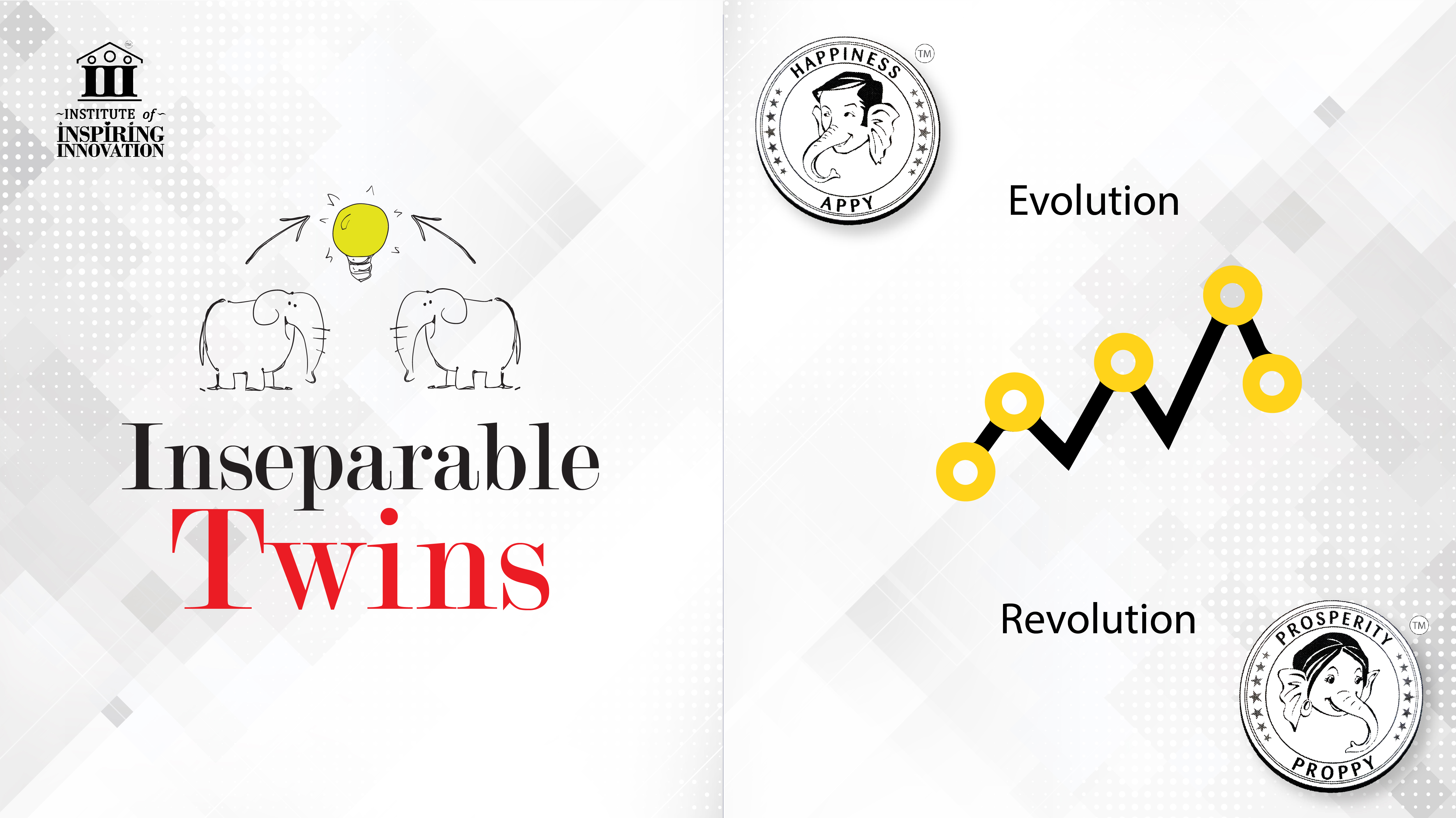 Aspiring innovators, Appy, a male elephant synonymous with happiness, and his twin, Proppy, a name synonymous with prosperity, were in the library of the lumber yard they worked at.

The library did not run well due to a lack of readers. Without a librarian to oversee operations, the twin elephants had procured the key. The library had interesting books and most of them had collected dust.

The twins were accustomed to dust but not the silence. The ‘Silence Please’ board was not enough to warrant their silence inside the library. They spoke loud enough to wake up all the spirits in the woods. They would read and discuss all night with the lights on.

Appy banged on the table and said, “We may be the only elephants who read! This is a new revolution. You know, revolution is inevitable.”

Proppy looked up from her book and said, “Evolution is inevitable too. We may inspire our future generations to read and write, and also run businesses. What a change this will be!”

Appy immediately saw an opportunity to dig deeper into the topic and said, “Evolutionary change occurs in small chunks, and is almost imperceptible. Revolutionary change helps us take a huge technological and societal leap.”

Proppy countered, “Though revolution may propel society into a new beginning, evolution gives it a new meaning. A product or an idea will become a better version of itself with evolution. Or else any creation will end up extinct like the dinosaurs or mammoths.”

Appy immediately interrupted, “Cell phones were a revolution. It changed the way people communicated. Earlier people needed to sit by the telephone when they expected calls. Now they can take the call wherever they want.”

Appy sat straight in his chair and said, “Speaking of cell phones, let us talk about Apple, the technology company. Cell phones were a little bulky and had keys below the screen. However, under Steve Job’s vision, they changed to a touch screen device without keys and push-buttons. The engineers at Apple made a cell phone without keys. They were also lighter than other phones in the market. A company that made personal computers went into making cell phones that used no buttons. They created a revolution with the iPhone.”

Proppy, who was intently listening began, “No company can create a product and say that they are sitting on a gold mine. Every product must evolve. The iPhone engineers went back to the drawing board and came up with the iPhone, then the iPhone 3G, 4.0, X, and so on. Each time, they put a powerful version of the iOS in a new design of the device..”

Appy got up and walked towards the water filter. He filled the tumbler with water, took a sip and said, “They could have easily started a new product line or entered a new segment.”

Proppy took a sip from her bottle, which she had filled earlier, and said, “It cannot work that way, given the investment made to create the iPhone. Hence, it made sense to take feedback from the customers and come up with better versions, ensuring a higher Return on Investment (RoI). iPhone became a separate business segment for Apple.”

“Companies need both evolutionary and revolutionary thinkers. Evolution and revolution are two sides of the same coin. I think we figured out that much now. But we need a conclusion to this. What happens first? Evolution or revolution? I think it’s better to Skype Lucky and ask for his input”, added Appy.

“Yes, let’s have a chat with him. It must be early morning in his time zone”, informed Proppy.

They immediately placed a Skype call to Lucky.

“Good morning Lucky, I know you are getting ready to go for a meeting, so we will be quick about it,” said Appy enthusiastically.

“Good morning guys. I have a meeting, but I can spare time for my favorite twins”, said Lucky.

Proppy looked into the camera and said, “We were discussing evolution and revolution. Nothing to do with the evolution of life on Earth or the French or the Russian revolution. We were talking in the context of company growth.”

Lucky nodded. Appy now adjusted the laptop and looked into the camera and said, “We hit a roadblock while discussing what comes first, evolution or revolution and we would like to know from you how do they figure into company growth.”

Lucky smiled and said, “It’s a revolution when you create something and when the product undergoes a change, then it is evolution. However, I cannot really say which came first. It is like arguing whether the chicken came first or the egg.”

“I think the egg came first. The rooster who wakes us up in the morning told me so”, said Appy. Proppy rolled her eyes.

“It is perspective”, said Lucky. “I know a digital marketing company called Eggfirst. According to them, the egg came first, which is why they named their company by that name. The evolution and revolution story too is similar.”

“Every large corporation has gone through both of these. I would like to give an example of a company that went through these two. Let us discuss any huge multinational company. Do you have any name in mind?”

“Ah Samsung”, said Lucky with a chuckle. “One of the biggest companies in the world. They were just part manufacturers. They made compressors for refrigerators and parts of television. There was no Samsung TV or refrigerator. Did you know that Appy?”

“No”, said Appy. “This is a learning experience for me.”

“They did not dive straight into it. They manufactured parts for other television and refrigerator brands. However, as time went by, they thought they must enter the electronic goods segment. They made TVs and refrigerators and sold them under their own brand name. They are one of the largest selling electronic goods manufacturers and one of the biggest brands today.”

Appy nodded his head in agreement.

“Proppy, Facebook started with social media. However, they diversified. They acquired WhatsApp and added it to their list of product offerings.”

“How did buying WhatsApp create a revolution for them?” asked a surprised Proppy.

As Appy and Proppy were both digesting the information, Lucky bid goodbye to them both and got off the call with his parting comments saying “it might be more interesting to know how they co-exist than which came first. I think the combination of revolutionary and evolutionary change brings a sustainable change in a company.”

Proppy, still looking at the blank screen, told Appy, “Any large company would have gone through a period of operational change due to evolution and an organizational change through revolution.”

They exited the library and walked towards their sleeping quarters. They had to start early tomorrow carrying lumber.

While walking Appy said, “with all this new education, it looks like we are evolving”. Appy looked at Proppy and asked, “What do you think of elephants starting and scaling an organization?”

Proppy raised her eyebrows and said enthusiastically, “that would be a revolution!.”

Thanks for sharing such a useful blog. I really enjoyed reading this blog. It was explained and structured with perfection.
"Keep Sharing"
Best Digital Marketing Company in Delhi