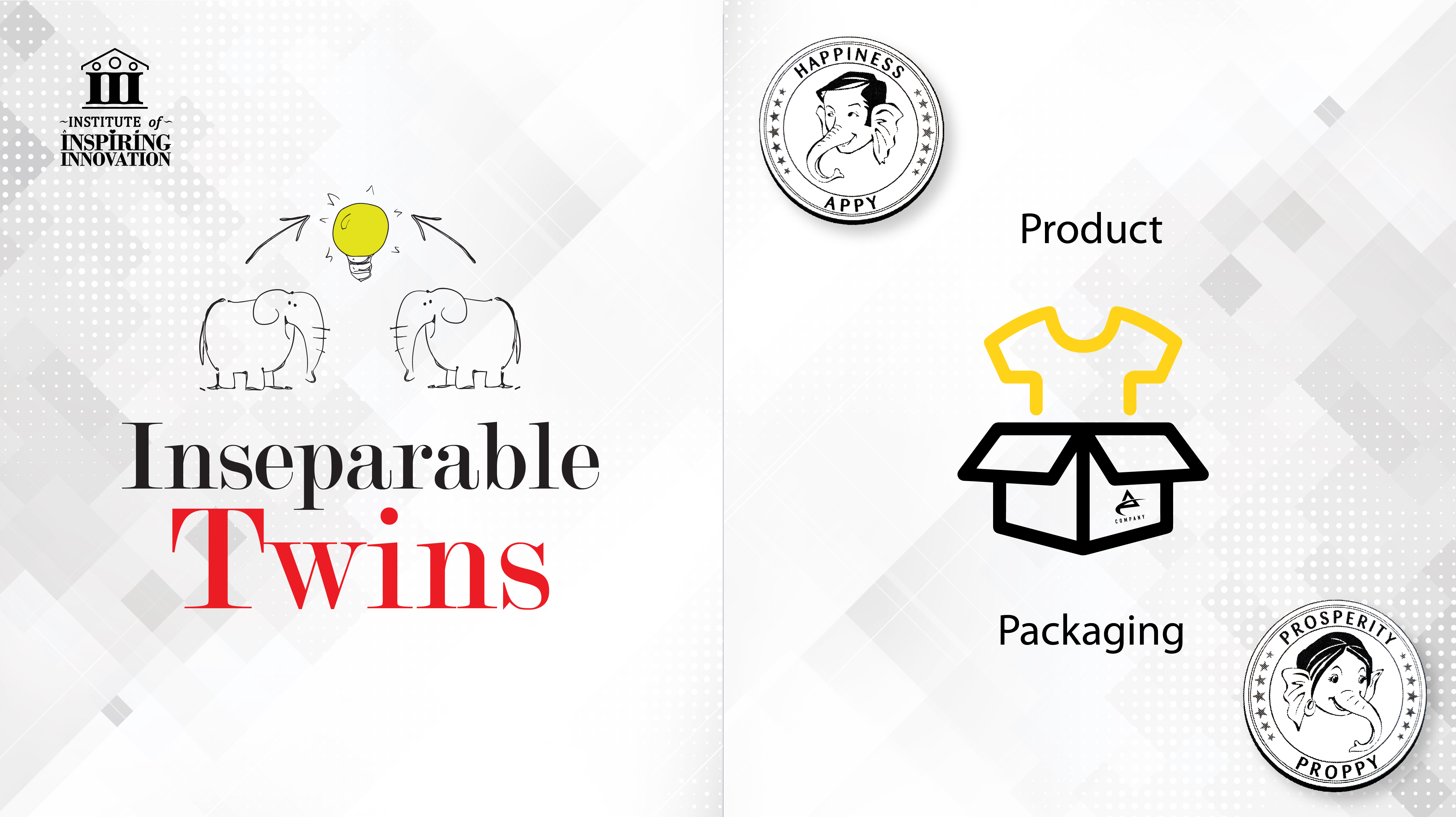 As soon as the food was delivered, Appy quickly jumped at it and started to stuff his mouth. He went through three boxes to satisfy his voracious appetite. Proppy, who was patiently waiting behind her twin, gently picked up her meal. She then emptied her food on the plate and began to eat it slowly.

Appy who was feeling guilty for having gulped down his food complained, “The food is not as tasty as advertised.”

Proppy raised her eyebrows and replied with a hint of sarcasm, “You were too quick for someone who did not like the food!”

Appy responded to her criticism and said, “I saw someone from Lucky’s office order food from a restaurant. The box that they delivered the food looked very stylish. Since the restaurant does not deliver where we are, I had to order from a restaurant near our lumber yard. The food, unfortunately, was not as good as I expected.”

Proppy was quick to correct, “You mean the packing? Yes, sometimes the product is not as good as the box itself.”

Appy sensed another piece of knowledge that he could imbibe. He asked, “You corrected me by saying packing. What’s the difference between packing and packaging?”

Proppy answered knowledgeably, “I think you already know but are confused between the two. Packing is the act of putting items together in a box before transporting them. The items are packed for protection during the transportation stage. The packaging is more of a display of a single product or multiple products bundled together. The packaging box will have the branding of the company and other elements.”

Appy sat straight, crossed his hands and said, “These days I am thinking about user experience. I think the design of the product, how customers can handle the product all comes into play. That is what sells.”

“True, your food was not tasty and delicious, but you fell for the package. Similarly, when a software package, consisting of the software along with other goodies, does not work as advertised, then the company selling it will earn bad reviews.”

Proppy nodded and responded. “That may be true, but not entirely. Apple became popular due to the product they ship out in the package. I read about a Bluetooth earphone startup called Kanoa that sent their products in beautiful blue boxes. Unfortunately, their product did not perform as expected. The company refused to do anything about it though they were numerous complaints from customers. A bad YouTube review forced the company to pull down its shutters.”

This piqued Appy’s interest. He decided to search for reviews of the company on YouTube later. Turning to his sister, he remarked, “Packaging can still influence a company’s sales. Do you know that companies such as Nike, Reebok, Redbull, Samsung, and the Walt Disney Company, to name a few, do not handover products to paying customers without a box.”

Proppy squirmed and said, “That would be rude. I’d be offended if they did that.”

Appy continued, “Yes, at least you agree on this one. The packaging is as important as the product itself. You know packaging can be so influential that Australia decided to introduce plain packaging for cigarette companies. As per a new law, tobacco companies must sell their products in plain packaging to discourage people from smoking. This move has ensured that they cannot use their logo or their typeface on any type of packaging. As a result, Australia saw a decline in smoking. You see how effective packaging can be. This time it was used to discourage sales and it worked.”

Proppy agreed and said, “I think it is obvious that better packaging does not guarantee the success of the product. The fundamental purpose of the product is to provide value to users. Even for digital products, the packaging consists of design and UX. But that cannot get in the way of the usability of the core product. If it does, then the product does not deserve to get customers.”

“I think we can conclude by now that product and package are two sides of the same coin.” Appy looked at his twin and smiled while Proppy continued, “There are many products that are ugly looking like Craigslist but are popular due to the product, and there are many beautifully designed products that do not work.”

Appy opened his eyes wide and said, “I think I agree. There are other factors at work like marketing, customer service along with production management for a product to succeed. I guess every company must prioritize if they want to improve packaging or work on the core product.”

Proppy continued and said, “When we know now that product and package are two sides of the same coin, then they must address both. Most of the product work is maintenance. They must innovate and improve the core product even if it is an endless backlog of bugs, new feature addition, etc. Companies must prioritize which feature improvement or addition will improve the overall packaging.”

Appy slapped his fist on the table in excitement and said, “They also must be mindful of the performance of the core product because it is better to have a packaging problem than the product problem. It is never worth having an inferior product. And it is never pleasing to the eye without good product packaging.”

“The Honda company made engines as their core product at the start for motorbikes and cars. However, they did not stop at that. They made their own cars and two-wheelers with their packaging and branding. Now they are grabbing a significant market share in almost every continent.”

Proppy raised her finger and said, “I have another great example for you. Netflix, thrived in its business by packaging and streaming other moviemakers’ content, is now creating original content of their own. This has spurred other media houses to follow the same blueprint. For example, The Walt Disney Company has figured out a way to not only create products but also distribute them with their own branding. They now are looking at their own online distribution system for their movies and their music.”

Appy smiled and pondered over that example. He began reminiscing about all the great movies and shows that the siblings had watched over the years. Proppy burst his train of thought and said, “This is one of the rare occasions that we are in concurrence without Lucky’s help!”

Appy smiled and said, “He would be so proud of us. But that does not mean we do not talk to him about this.”

Proppy darted towards the computer and said, “Of course, I will immediately make a quick video call to him. I hope he will share more examples and help us understand better.”

Appy & Proppy in unison said hello to Lucky and narrated the whole conversation between them about ‘Product & Package as Inseparable Twins’. Lucky was amazed by their thought process and the constructive conversation between them. He then added, “it would be interesting for you both to further study how the services industry is innovating to productize their services, it’s changing the way we buy and live our life.”

“Some examples to take are Uber, AirBnB, Expedia, OYO Rooms, Zomato, ZoomCars and many more…for that matter, even a birthday celebration or a wedding or even a health checkup is offered as packages to make it easy for the customer to buy and see the value. Have you observed when you buy on Amazon, it lists other related products stimulating the customer to buy and the customers feel it’s a useful feature? This is the power of product and packaging coming together”.

He continued, “I was recently in Paris and took a package tour to the famous museum where the painting of Mona Lisa and many other things on display”.

Appy sprung immediately asking,  “How much is the Mona Lisa worth?” and Proppy was quick to google on the question and they found that: Guinness World Records lists da Vinci’s Mona Lisa as having the highest ever insurance value for a painting. On permanent display at the Louvre in Paris, the Mona Lisa was assessed at US$100 million on December 14, 1962. Taking inflation into account, the 1962 value would be around US$830 million in 2018.

Lucky smilingly said, “Louvre museum & Mona Lisa painting could be an interesting case study for you both to work relating it to the topic product & package”. He also commented, “Product determines the core value & Package determines the perceived value”.

Lucky signed off saying, “Don’t forget to look for ‘Combo Deal’ when you are ordering food online”.

Appy reminded his twin, “While you are at the computer, I hope you won’t forget ordering some dinner for us!”

Proppy winked and said, “I know a place with a better product and packaging!”