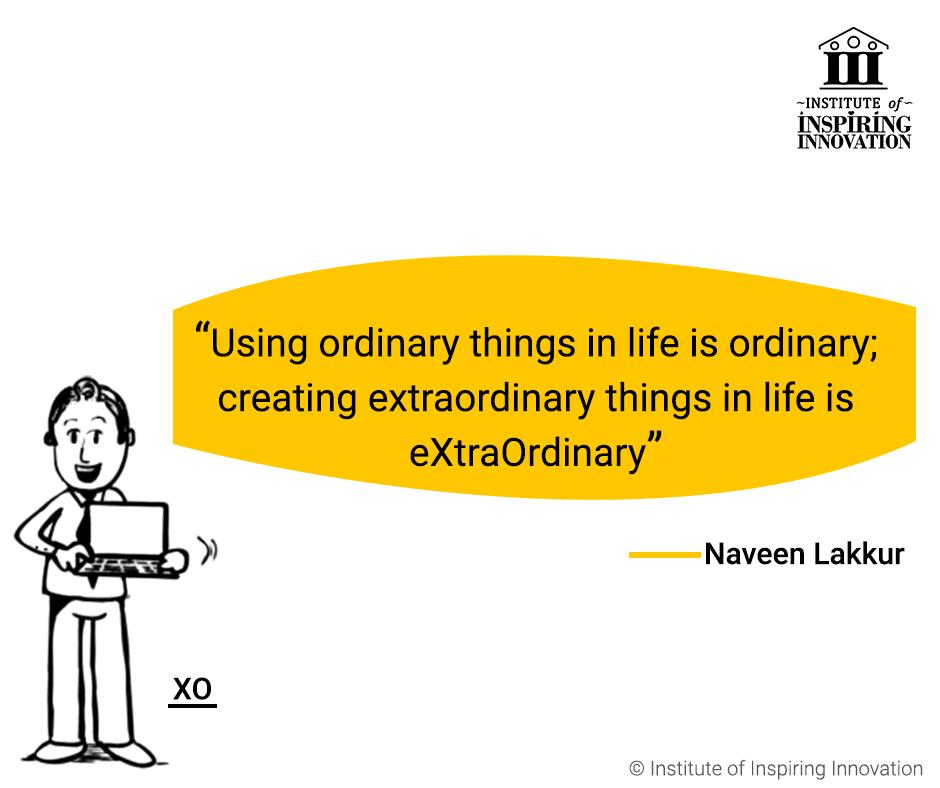 Sometimes the most ordinary things could be made eXtraOrdinary, simply by doing them with the good people for a good cause. Extraordinary people create extraordinary things to put themselves on the fast-track and also add value to their audience’s life.

An English Professor from the Christ University developed an eco-friendly alternative to the dastardly plastic straw from dry leaves of coconut trees. It was by chance that he had an idea to shape coconut leaves into straws. The straws are four to eight inches in length. The leaf stays in shape and not come undone. And it is biodegradable.

After creating samples, he sent samples to 10 countries including Australia, Canada, Spain, Germany, and the UK, after which he got an order to make 18 million straws post the approvals. He set up three manufacturing units in the villages of Madurai, Tuticorin, and Kasargod. He plans to employ 500 women in the next three years, and make it a viable project for the villagers.

We have seen the video of people removing a straw from a turtle’s nose. Though the image of the bleeding creature is disturning, it served a wake-up call. The turtle has become the poster boy for the no plastic movement. Plastic straws are still in use today and is not a sustainable practice. The 18 million straw order that he got is nothing compared to the 3 million plastic straws that are disposed of in Kerala alone, every single day. But it is a step in the right ‘green’ direction.

Let’s hope many more get inspired by this innovator and adopt such innovative ways to reduce plastic usage. We thank Asianet News for bringing this out. Though the video is in Malayalam, it cuts across languages, making it easy to understand the eXtraOrdinary achievement by the man.

Pune city has a problem with a lack of toilets for women. The toilets they may find too would be unusable. Besides, the city has little space to use for building toilets. Ulka Sadalkar and Rajeev Kher, entrepreneurs in the sanitation sector wanted to do something about it. Instead of writing innumerable letters to the corporation to look into this matter, they worked with the Pune Municipal Corporation to install a bus turned into a public toilet for women.

When Pune got the Smart City tag recently, the two eXtraOrdinary individuals went to work to create public toilets with wheels. They worked a Little Extra to convert each bus into a mobile station for women and nursing mothers. Each bus has western-style toilets, Indian style toilets, washbasins, and a diaper changing place. Some buses also sell sanitary napkins. They named the toilet ‘Ti’, which means ‘she’ in Marathi, and it also stands for Toilet Integration.