What Can Mahatma Gandhi Teach us About Innovation? – Naveen Lakkur 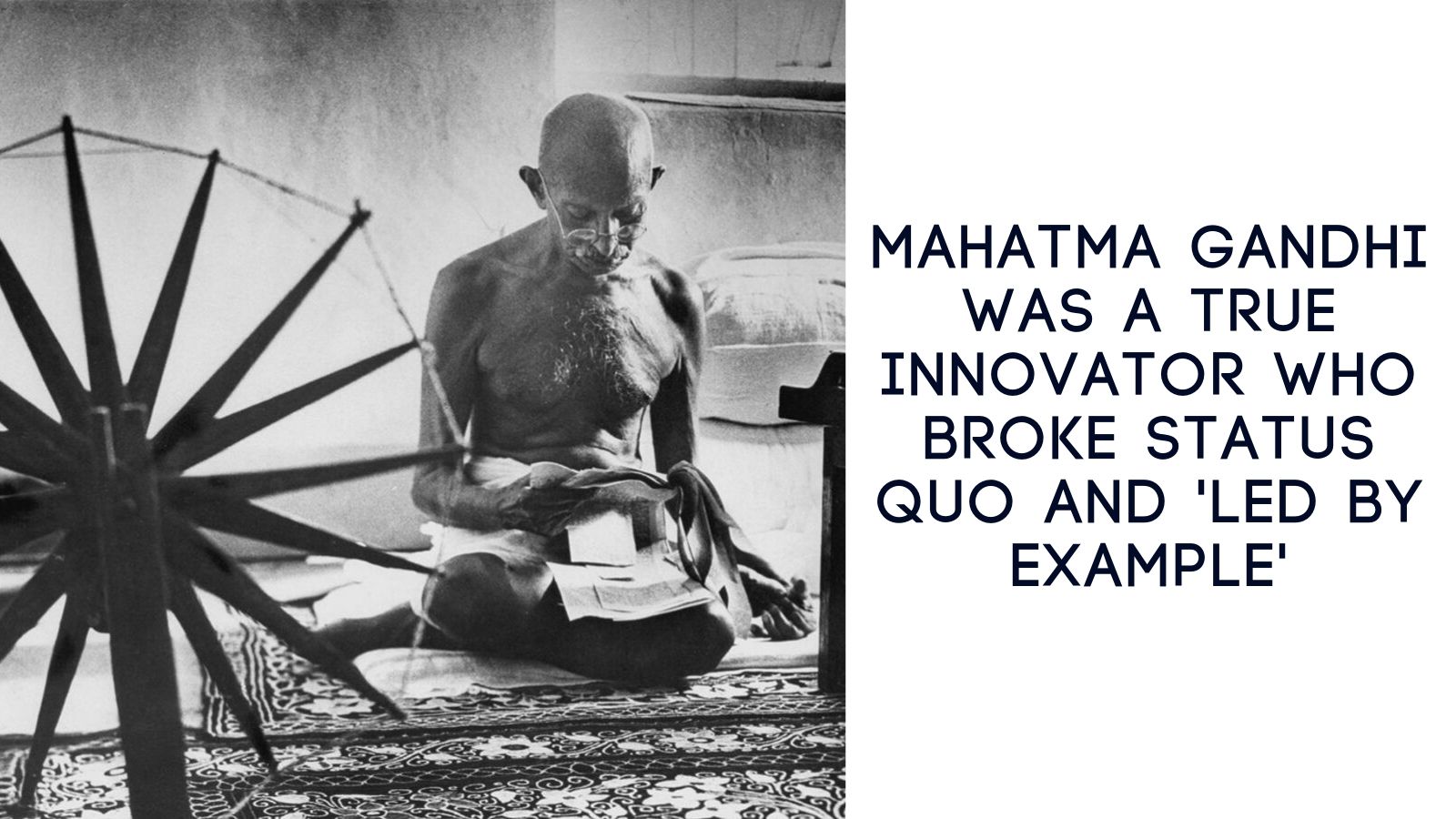 Mohandas Karamchand Gandhi, also lovingly known as Bapu among the first circle, Father of the Nation in India or Mahatma in the World, is in the thoughts and memory of millions of people worldwide. Naveen Lakkur thinks he is one of the innovative genius to live.

He disrupted things as they were and taught how a goal can be achieved and showed how not to give-up until achieved. He invented the most powerful weapon ‘non-violence’ when everyone else in the world believed violence is the only way to show power.

The world learned that you can protest against an oppressive world power non-violently and peacefully.

During the 1920s, he became the leader of the nationalist movement that fought for total independence from the British rule for the Indian subcontinent. During the struggle through the 20s, 30s and 40s, he adopted the non-violent struggle successfully.

The non-violent civil disobedience movement, the Dandi march, the Satyagraha, and the non-cooperation movement are phenomenal strategies and the result of his leadership.

How does the leader of the nonviolent movement be an innovative genius you may ask. What can he teach us about innovation?

Back in the early 20th century, the majority of the people in the Indian subcontinent were in poverty. The British administration did not have a policy that looked after their well-being and the well-educated elites of the freedom movement did not know ground realities.

They did not know what went on with the masses, and what worked for them, including minority communities. Gandhi became one amongst the commons, traveled the length and breadth of the country to learn the problems first and understand the ground realities.

If India had to be free, every Indian must fight, not just a select few. Social problems prevalent at that time was shocking. Along with his fight against the British taxation, and others, he set out to solve evils like untouchability and inequality, uniting the nation.

Gandhi appealed to the mainstream, albeit gradually. Before the march to make salt at a place called Dandi, in Gujarat, he appealed to the masses to boycott and disobey orders in response to the Rowlatt Act, encouraging incarceration without trial.

However, the protests turned violent which went against the principles of Gandhi. He did not want violence at any cost. Gandhi had to get Indian people ready towards nonviolent way of demonstrations and strikes. His actions during later years addressed this.

Your Innovation Struggles Will Not be Defined With Only Successes

Many of his movements were failures and some of the the movements and demonstrations became violent. However, these setbacks inspired Gandhi to plan better. He unified the Indian subcontinent which had more than 500 princely states, languages, castes, and religions.

Yet, Gandhi tried to innovate. His Dandi salt march was a success because the salt tax imposed by the British Raj affected everyone, whichever religion or region they belonged to.

Most billion dollar businesses have setbacks, and they work around them to success. Elon Musk’s SpaceX had three launch failures almost ending the project. However, the decisive successful launch propelled SpaceX into a private behemoth that it is today.

Willingness to Change Oneself Before Expecting Others to Change

To drive a successful project, if need be, you must reinvent yourself. Gandhi was born to a rich family and he lived a luxurious life at first and wore fashionable clothes. He also had a bad temperament.

So much so that when he was ejected out of a first-class carriage, he protested against the apathy of the South African authorities towards colored people. But this was what made him a household name.

However, in later years, he realized that he had to reinvent himself to change the world. He gave up luxury, ate only simple food, spun his own clothes, and worked on his temperament.

To keep his temperament under control, he started meditation, he would take a break from his meetings with his fellow independence leaders and also from meetings with British officials to play with children. He spoke to the poor, the downtrodden in their language.

Innovating oneself is his greatest lesson. Doing this will help us come out of our comfort zones and break the status quo. Truly setting an example for ‘Leadership by Example’.