This Karma Yogi Taught These Three Important Lessons to Innovators 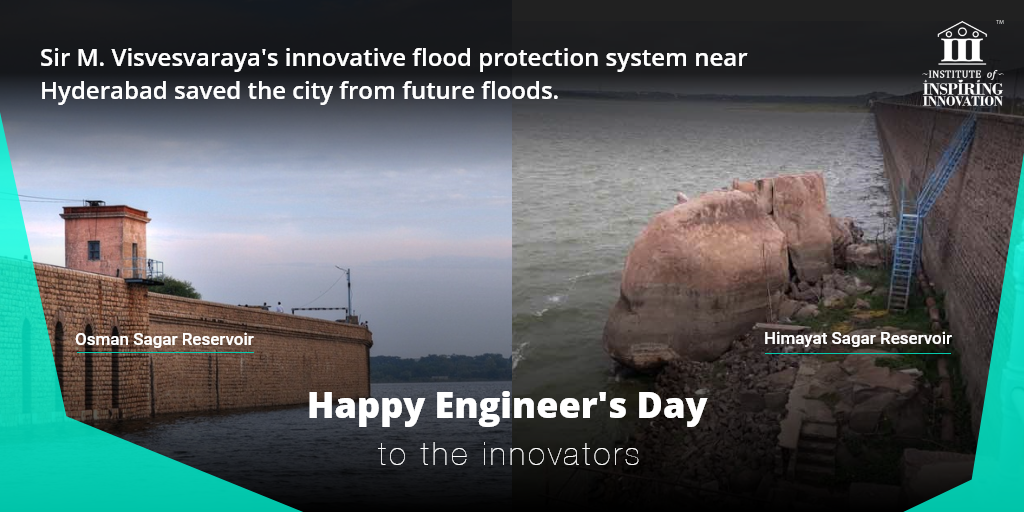 Sir Mokshagundam Visvesvaraya was India’s most prolific civil engineer, statesman, water resource builder, and economist. This century’s foremost nation-builders, Visvesvaraya, was usually an automatic choice when governments needed help in solving critical issues. He notably served the then Kingdom of Mysore, Kingdom of Hyderabad, and the British Indian administration.

Sir MV, as he was fondly known, took up challenging situations with open arms. He saw value and benefits to the state and its people in all the projects he was involved in. The man who lived for more than a century contributed to engineering projects that will be a lesson for many centuries.

A lot is written about his simplicity, discipline, dedication, work ethics, and honesty. Here are three important lessons engineers and technology professionals and thinkers can learn from Sir MV.

He thought long-term. Before he could give a plan to the administrators, he drew up the plan for projects considering how it may benefit people in the future and the consequences of these changes in the future. This far-sightedness and vision enabled him to engage with the best people from all walks of life to work with him.

When Hyderabad suffered a massive loss of life and property in the 1908 Musi River floods, he conducted a study. He submitted it to the government of the Nizam of Hyderabad, a plan to make Hyderabad flood-free in the future. As per his suggestion, the Nizam’s government completed the Osman Sagar and Himayat Sagar reservoirs in 1920 and 1927, respectively, along with stormwater drainage systems in the city.

He had an economic vision too. When the Kingdom of Mysore had enormous cash reserves to be used for contingencies, he suggested its usage in creating national assets with lasting value. With this vision and far-sightedness, the famed Krishna Raja Sagar dam was built across River Kavery, paving the way for rapid electrification and industrial growth of Mysore and Bangalore.

He was also a key member in establishing the State Bank of Mysore, one of the top-performing subsidiaries of the State Bank of India currently and the Mysore University under the patronage of Maharaja Krishna Raja Wadiyar IV.

He had an uncanny ability to see things as a whole. He saw the interdependentness of various systems and how it could affect the economy and the lives of citizens. When he saw that the Indian independence from colonial powers was imminent, he realized the need for tangible economic progress, writing a book called ‘Planned Economy for India’ in 1934, considered an important material in economic development.

He knew that political and social freedom would be meaningful with the progress of Science, Education, and Technology. He emphasized taking initiatives, proactiveness, discipline, and hard work, which would be the tools required for economic progress, and remove the appalling poverty that plagued the subcontinent.

Secondly, he wanted Bengaluru to be an automobile hub and batted for industrialist Walchand Hirachand Seth to start it. Though the plan fell through due to regulatory delays, Walchand eventually founded Hindustan Aircraft, now known as Hindustan Aeronautics Limited (HAL), making erstwhile Mysore state, now Karnataka, the aerospace hub of India.

Just like the great leaders worldwide, Sir MV wanted to be associated with projects that were of great importance to the nation, not only the people of the regions. He was faced with challenges numerous times. To find a solution and make his projects work, he had to think and brainstorm intensively.

The innovations used in his projects were way ahead of its time. He implemented the ‘collector wells’ concept in the water supply project at Sukkur, Sindh, in Pakistan. It is today part of the curriculum in groundwater hydrology.

Another example is the automatic floodgates that he patented. The gates permit passage of water through the reservoir walls without the water exceeding the full reservoir level, which was a side effect of implementing ordinary spillway that usually submerged the surrounding land. The iconic Krishna Raja Sagar dam has 48 automatic gates (six sets of eight gates). Some dams today use radial gates, which are not automatic.

He foresaw the usage of reservoir outside cities for flood control measures. Until then, it was used only for irrigation and power generation. His recommendations resulted in the building of the Hirakud dam across the Mahanadi river, reducing the flood situation in Orissa. His recommendations were implemented in Hyderabad also.

To conclude, an engineer is not only one to use his knowledge of innovative design and execution, but also develop a vision and holistic thinking because of which projects stand the test of time, yield results, and bring benefits to people for a long time to come.

We celebrate National Engineer’s Day on September 15th, the birth anniversary of Sir M.Visvesvaraya. His Excellence in Engineering that created value to people; His Statesmanship that included people and His Disciplined Approach that cared for people, both in life and work earned him the title ‘Bharata Ratna’ and made him the role model for future generations…