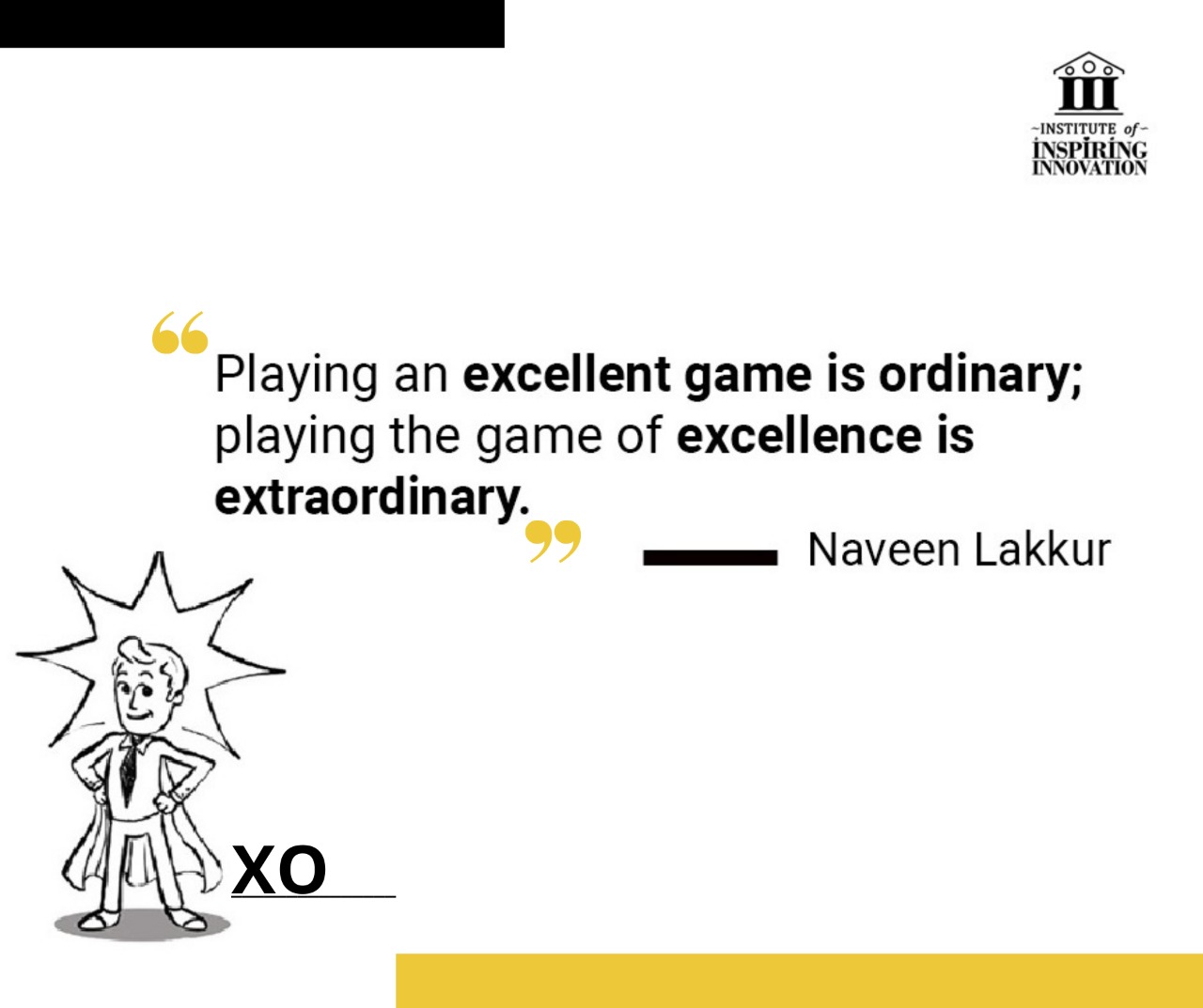 “Playing an excellent game is ordinary; playing the game of excellence is extraordinary” – Naveen Lakkur

They say, Life is a game, so you need to play it. Virat Kohli chose an excellent game of Cricket, but his quest for excellence is what got him to be an undisputed top cricket player in current times. The journey to the top has not been easy for him. In fact, at one stage he was even dejected about his fitness, his game, and life. His inner awakening got him to create a powerful vision and a little extra drive for excellence has got him to captain the current Indian Cricket team.

If you watch this video, you will see the eXtraOrdinary Virat Kohli. His commitment to excellence is truly an inspiration.

Usain St. Leo Bolt is an eight-time Olympic gold medalist. Known as ‘lightning bolt’, he is regarded as the fastest sprinter on Earth. Though retired, he is considered one of the greatest sprinters because his timings have still remained unbeaten.

He was born in Sherwood, Jamaica to a couple running a grocery store. He had a humble beginning but he had a love for sports. He started playing cricket early but his coach noticed he could run fast and told him to try athletics. Had he not chosen to be a sprinter, he would have been a fast bowler.

Bolt grew up with Scoliosis which is an abnormal curvature of his spine. His right leg is an inch shorter than his left. However, he worked a Little Extra with Pablo McNeil, former Olympian, and Dwayne Jarrett to improve his athletic ability. They trained him to play an excellent game and his records have remained unbeaten even today.

Where he is playing a game of excellence is that he used his rise to stardom to help his fellow countrymen and noble causes around the world, which is what eXtraOrdinary individuals do. He has donated his money to wildlife conservation in Kenya. However, his work in his home country surpasses everything. The Usain Bolt Foundation improves community structures and funds talented Jamaicans in their chosen disciplines.

His sponsorship deal with Puma benefits his hometown. Puma sends sporting equipment to his school William Knibb Memorial High School so that the current students can follow in his footsteps. His Puma ads are also filmed in Jamaica at his insistence, giving work to a Jamaican production crew. It has boosted local enterprise and gained exposure to the country.

Not stopping at philanthropy, in 2018, he cofounded Bolt Mobility, an electric scooter company, and has employed Jamaicans to design and create electric scooters. He has even launched the scooters in Europe. He is enjoying his retired life in his hometown and inspires the youth.