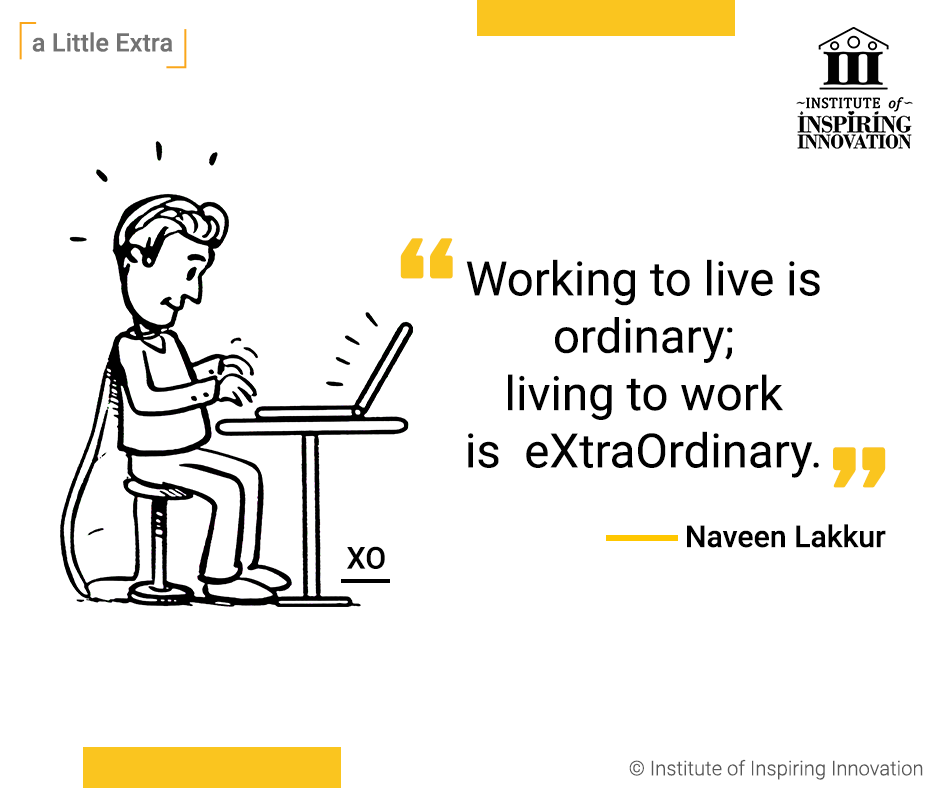 “Working to live is ordinary; living to work is eXtraOdrinary.” – Naveen Lakkur

Ordinary people work to pay bills, avoid trouble and survive to live. eXtraOrdinary people live and put a Little Extra effort to work to make this world a better place to live, contribute meaningfully and make a name for themselves.

If you have not heard of Sundar Pichai, you are still living in the pre-internet era. He is the current CEO of Alphabet, the parent company of Google and one of the most successful CEOs lately. Growing up in a middle-class household in Chennai, he took every little opportunity to learn. He worked hard and got into IIT, Kharagpur, one of the top educational institutions in India.

More than that, he had a love for technology, which he used to build great products that are loved by billions around the world. He liked to create products, not because it was easy, but it was difficult. He strived a Little Extra and worked with the founders on many product initiatives, took risks and then became the company’s CEO.

He helped Google, in turn, Alphabet become one of the biggest internet-era success stories in the world. He has not only lived to work, but he helped Google make people’s work and life easier. Watch this video by Startup Stories to learn about Sundar Pichai’s eXtraOrdinary journey.