eXtraOrdinary People Get Others to Enjoy Life 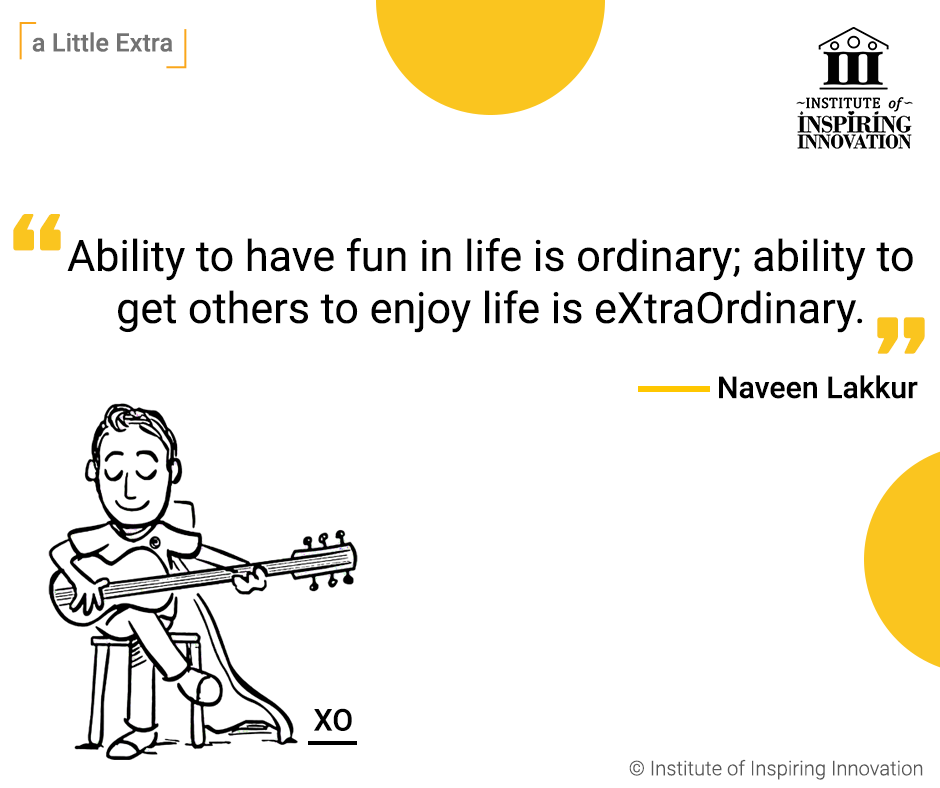 “Ability to have fun in life is ordinary; ability to get others to enjoy life is eXtraOrdinary.” – Naveen Lakkur

It is normal for people to have fun and live a good life. eXtraOrdinary people create places where people can come with family to enjoy their life.

The Walt Disney Company is an entertainment behemoth today. But more than eight decades ago, it was a cartoon studio that took up animated movie projects. It was founded by Walt Disney, a cartoonist and voice actor. He had a great ability to have fun on his own. He took delight in drawing during his childhood because it was the only subject that brought joy to him.

During his school days, he was known to play characters like Peter Pan and brought a smile to his friends’ faces. His company would later turn that into the hit movie. It is an only fitting description that as an entrepreneur, he worked a Little Extra to bring joy to millions of families worldwide. For his eXtraOrdinary efforts, he won more Academy Awards than anyone else.

He once shared his dream with his friend of creating a place like nothing else in the world. The idea became Disneyland, a Disney themed park full of rides and entertainment. Families could stay at the park for multiple days and enjoy life.

An innovative man, he hired consultants to survey and research what consumers liked. Walt Disney Company itself was known for its innovation, has bought entertainment companies. They are also getting a Little Extra close to their consumers with their direct-to-consumer content and streaming service.

Watch this short documentary about him on Evan Carmichael’s YouTube channel.