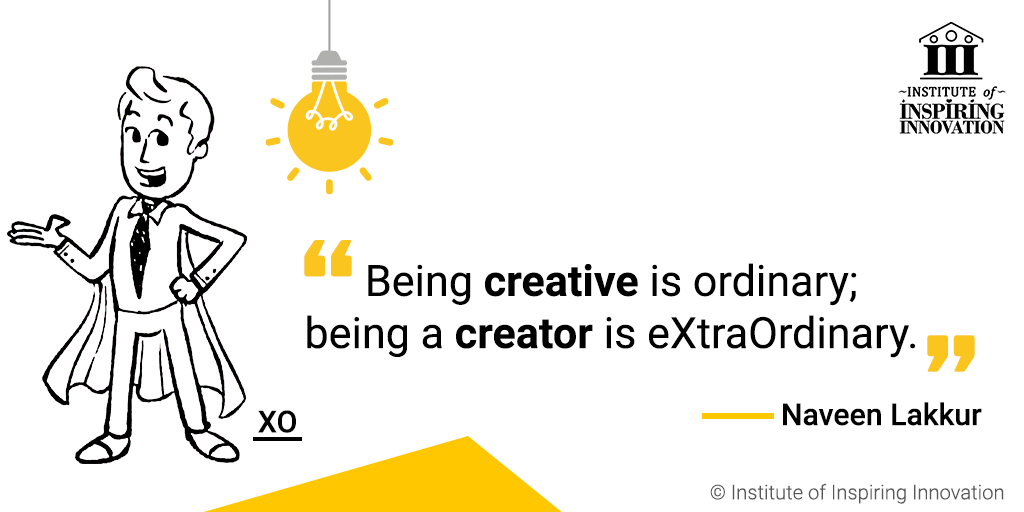 “Being creative is ordinary; being a creator is eXtraOrdinary.” – Naveen Lakkur

People are praised for their creativity only if they create something that is of value, not those who do not contribute. Creators who use their creativity to bring about value are eXtraOrdinary.

The tennis world this 2020 started with the Australian Open with a brilliant contest between the top names. However, few would have noticed the support showed by the organizers for environmental protection. Starting with an event to support the Australian bushfire victims, they even had the support staff wear T-shirts made of recycled bottles, especially the ball boys and ball girls.

Tirupur-based garment company NC John & Sons is one such creator who used creativity to create sustainable eco-friendly products. This eXtraOrdinary innovation happened due to a Little Extra effort put in its cloth-making process. The creation process of the garments which is a mix of green and blue is entirely green. 40% of the company’s power is from wind and solar energy.

One of the most amusing entertainers in the world, Rowan Atkinson became the creator of Mr. Bean’s character and debuted it on the 1st of January 1990. The character is recognized and beloved in almost all countries. Until then he played roles in many British television shows including Blackadder. Though he is successful today, his path to fame was not smooth.

He was ridiculed for his looks and for his stutter and so he was not given an opportunity. During school, he was told that he would not graduate college. He had been experimenting with his character since his college times. However, no one took him seriously. Undeterred, he took that as motivation to use creativity and experiment on his own.

He went a Little Extra with his effort to bring the character to the masses. The highlight of the show is that he does not use dialogues in the show, and then he struggles to do basic things like eating a sandwich, and his predicament in wearing his swimming trunks to the pool, etc. Atkinson is one of the creators who is gifted silly. He used his gift to create a memorable character that is remembered 30 years on.